How I overcame the hate! 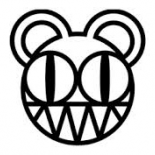 By childofstars,
December 6, 2013 in My herpes story