Happy New Year! I had the herpes talk! 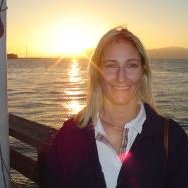 By dreamingofsomeone167,
January 1, 2014 in The herpes talk: disclosing