In response to Adrial's Powerful Quote and my VERY FIRST post :D 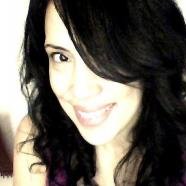